Birmingham likes to push two things for its tourism campaign, the new library and the Bullring shopping complex but I believe there's more to Birmingham than clothes and books! I'm a lover of culture, food and discovering neighbourhoods that get a beating by the news! To bust some myths I spent an alternative Friday afternoon in Handsworth, Birmingham. Oh, Benefits Street? 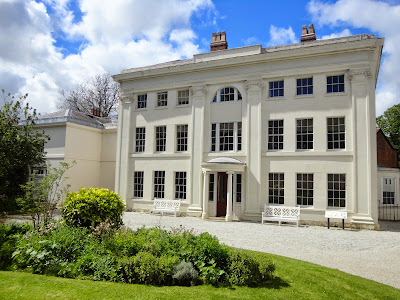 Trading the manic city centre for another part of Birmingham that had its own noise. A side of Brum that tends to be in the media for a certain 'street' since a certain 'fly on the wall' documentary aired on Channel 4. I chose to get to know Soho House, once the home of an influential Brummie who did wonders for that West Midlands city. Dating back to the 18th Century this regal looking residence served as the home and headquarters of Matthew Boulton, a man who pushed Birmingham to become a bustling and industrially rich city. I didn't know much about the history or really anything about Soho House, so it was great that the volunteers had a wealth of knowledge to pass on to me whilst I marvelled at the preserved rooms at Soho House Museum. £3.00 was all that it costed for a student admission. Getting from Birmingham city centre to Matthew Boulton's yard is really easy I took the Midland Metro to Soho Benson Road. I say this proudly that the Bullring doesn't define Birmingham! I buckled up for Brum!

The weather permitted some sunny spells, I wanted to switch things up! Living simply is my motto but I love some fancy things from time to time. Boulton's house looked well nice! Soho House stood like an 'Oasis' that contrasted its Handsworth location, I wasn't about to discriminate because I'm sure during the Boulton's time living at Soho House that corner of Birmingham was a whole other story? Yes, I'm sure! Since the Boulton's called Soho House their home this Birmingham residence has been used for a whole range of purposes but it was great to see the preserved items that are displayed in the rooms. Take me back to the Lunar room where the great minds of Birmingham used to meet and be guided by the light of the moon, street lights are most definitely overrated! I guess its a good thing to take a chance on something that offers a different experience it's all about seeking something new! Birmingham definitely has hidden depths! Soho House Museum you still work and serve some more. I had learned a lot already! 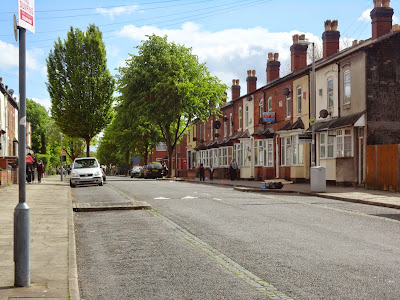 I made my way from Soho House to Birmingham's most famous street. James Turner Street has become a tourist hotspot since it was featured in the controversial documentary series 'Benefits Street'. I'm not going to sugar coat things, I was slightly wary about seeking the residence of James Turner Street but it had to be done. I wanted to challenge the stereotypes of Birmingham that are fed to us via the news bulletins because we're all human aren't we? I didn't see White Dee otherwise known as Deidre Kelly, she's Benefits Street's Brummie celebrity of the moment. Who wants tourist appropriate areas when you can travel a few stops down the Metro line to Winson Green, Birmingham? Travel and creating new adventures doesn't have to limit us to the city centre when there's a whole city to see! Don't judge James Turner Street! Respect James Turner Street! Yes Deirdre! I won't judge! I had actually found James Turner Street for myself, it was like another Birmingham residential street. The documentary had bastardised the street.


From benefits to manor houses I know that serving something different can make a great day out. I can now say that I've been to Benefits Street like many of my friends the phenomena has took hold of us all! Birmingham's got it going on and I mean this, I just wish I had made tracks to the alternative side of the city a lot sooner! Oh life! Times change and opinions get narrower but we must see the situation from all angles to then be able to make a clear evaluation. Dee must have been busy because she was nowhere to be seen, that was just too bad! Visit Birmingham should take a closer look at Handsworth and feature James Turner Street in next years publicity campaign to entice visitors to this alternative Birmingham residential street. Give me a chance and I'd put some of the lesser known Birmingham attractions out in the world for all to see and be inspired to visit. Brummie I've got you! It wasn't the done thing but switching up my day out to somewhere different was just the tonic! I was feeling mad hungry! B, let's go! 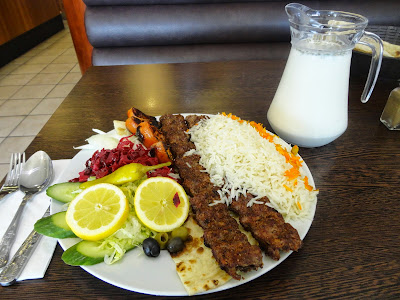 Desperately seeking something new in part of Birmingham that I hadn't been to before was fun! Yes, sometimes it can be hard work to find one's way around. Definitely, I built up quite an appetite by the time I arrived at Dawat Kurdish Cuisine. Dawat is located on the Holyhead Road close to Handsworth Booth Street Metro stop. I love Middle Eastern food so I looked for somewhere to eat within the Handsworth area to compliment my day of discovery in Birmingham. To the left was my food that I loved! Choosing to order the Kurdish Kofta kebab I opted to drink a jug of Ayran. What's Ayran? It's a cold and refreshing sour yoghurt drink that is very popular in Middle Eastern countries like Kurdistan and also Turkey. I didn't need a whole jug to myself but for £2.50 I guess it was worth it! I learnt that Dawat Kurdish Cuisine had only been open for five months so that explained why the decor and feel of the restaurant was fresh and shiny. I'll have room for a mint tea next time at Dawat Kurdish Cuisine? It all tasted great!

I'm not saying this for it to sound positive but my kebab was amazing, never mind the portion size because I struggled to finish the vast majority that was on the plate but I will be back Dawat! I must admit that Handsworth is a very culturally diverse area, lots of different shops make up the vibrant high street. Aside from Kurdish food matter I would have to say that Handsworth has an tonne of Caribbean eateries that all looked extremely appetising. Birmingham has the advantage of being made up of many cultures and a whole range of different nationalities so that's just fine with me! The shade of it all! I had to take a second to think that I was only a mere three miles away from Birmingham's city centre with more specialist fashion retailers than you would see in The Bullring! Perceptions aside I look at all the press that Handsworth receives and I just want to express that I felt safe during my afternoon in Handsworth, I was surprised! I know about danger! With my time running out in Birmingham, I needed that day out in Hands!