March 2014 was an eventful month! I desperately wanted to have a few adventures outside of Birmingham! I will not lie that I'm lacking motivation when it comes to my university work but I know I just have to keep going for just a little longer. I reunited with friends who I had not seen for an age and loved my time in-front of the camera for a good cause. Strike a pose! Work it out! 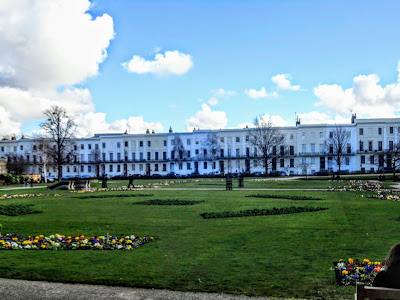 Cheltenham Spa and Dursley was my first trip out of Birmingham for a long while. It's nice to get out sometimes! I embarked on my South West trip at the beginning of March to be reunited with my dear friends Catherine and Lianne. We were in for a right old treat! National Rail delayed me somewhat but we all reunited in the picturesque Spa town that's not so far from Bristol to enjoy some lunch and catch up on the good times! I really liked Cheltenham, it oozed the same Spa qualities like Bath Spa but not like Buxton which I was about to see a few days after my shenanigans in the South West! I didn't see the racecourse but I wasn't there to see such sights. I met Catherine's boyfriend Ben so it was nice to put a face with a name. We made a pit-stop for some food we carried on reminiscing about our freshers days and gossiped about more recent events that were going on in our lives. Ben works as a FSM for Virgin, allowing for some airport code quizzing during lunch. Chelt, I really do love a good reunion! We made it happen!

Settled in the small village like town of Dursley we got our drink on, I shouldn't drink cider because its the root of all evil. I was excited to experience a night at 'Capones' a small nightclub that I had heard so much from Catherine back in our first year at university in Birmingham. Making our way into Dursley's town centre we bypassed the kebab shop until later on for our lunch in Cheltenham Spa had felt a world away. Stopping at the 'Old Spot Inn' where Lianne introduced me to pear cider, which went by the name of 'Perry' she warned me that this local brew would taste like juice but bite me in the behind if I wasn't careful. I had already indulged in a few cans of cider before leaving for the pub so I tried not to take much notice, I should have taken heed because that seemingly juice like cider bit me alright! The night turned into a great chain of events, but I remember colliding with the concrete pavement to later realise in the morning that I looked busted! I was a holy mess and I don't want to see Pear Cider again! Never! 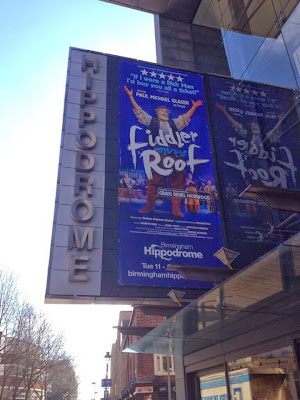 Warwick University called me for a random reunion with my placement brothers, Paolo and Thomas. It was meant to be! Me and Tom spent some time in Coventry the next day that inspired my day trip that I took a few weeks later. It was great to see the boys again because life seems to get in the way of the good things! We need to get back together soon! We went for some food then had a few drinks at the Students Union, where I witnessed the 'Folk Society' Morris dance I wasn't impressed at all! Seriously, get me some Reggaeton to get down! From Warwick to Birmingham Hippodrome Theatre I saw 'Fiddler On The Roof'. I jumped off the train from Coventry, heading for the theatre after my nap. I love an evening at the theatre! The final semester in Birmingham is treating me well, I know things will conclude soon but I'd like another semester to come to terms with it all! Now, if I was a rich man? B, that would be it!


Did I mention Buxton Spa? Let's go back two weeks to the beginning of March. Me and my fellow classmates went up to Buxton Spa for an educational afternoon to research the town for our pending assignment. Take me back for some cream tea and scones but nothing else! We all thought Buxton Spa needed some love, because it was looked tired from many angles. I'm glad I visited Bath Spa back in January of 2014 because I could appreciate the sights compared to Buxton. I must admit that I am currently lacking in motivation for that assignment, I know that all matters will be taken care of in time for the deadline. March saw the submission of my draft Dissertation, I submitted forty-five pages, I know that I'll be busy putting the final copy together! It's not all been about the fun! I've got a Dissertation to complete! Yes! Each Dissertation writing session is rewarded by a boozy night at the Village Inn in Birmingham Southside Gay Village. 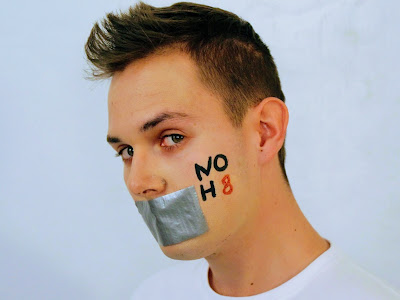 Less of the hate! More of a thing we call 'LOVE!' I took part in the 'NOH8' photoshoot campaign to raise awareness about homophobia. I was lucky enough to be part of this great cause by being a member of the 'LGBT Society' at University College Birmingham. I tried my best to serve 'Equality Realness' alongside the other members of the UCB 'LGBT Society' friends. Me and my friend Rob did our best to serve the camera and I quite like the photo that has been captured above. I have been a member of the 'LGBT Society' since September 2013, I'm not one for groups and unions but I'm blessed to have joined a great society during my final year at UCB. Away from the photo shoot we got our drink on to celebrate the legalisation of same-sex marriage in England. We all grouped together to enjoy the movement that has definitely brought a sense of belonging and freedom for the LGBT community in England. I feel like I have gone back to my first year with a wiser head, to live my truth with people who are from the same tribe as me! Go!

Marriage is for some but not for all so it's great to have the choice now! Another development with the LGBT Society at University College Birmingham will be the upcoming Birmingham Pride March 2014, our theme will hopefully be 'Gay Travel and Tourism!' We will have to see what's going to happen! I booked my early bird weekend tickets for Birmingham Pride, I my plan is to grace the parade then get to grips with the goings on down Hurst Street, Birmingham. I'm fortunate for the friends I have made from being a member of the LGBT Society at University College Birmingham for its such a great thing to have friends that I can truly relate to and put the world to rights! Remember let's be a part of the love revolution and make sure there's a little less hate in this world! I know I will definitely miss the goings on of the LGBT Society and I have every intention to remain in contact with the friends I have made after I depart from Birmingham to my next grind. Yes, March 2014 was definitely amazing! No regrets!