Buxton Spa, England... Thanks For Everything!

Buxton, an endearing town located in the Peak District, Derbyshire waited for our student arrival. Beckoned to this Spa town for educational purposes I wanted to enjoy my entire day in Buxton town to the fullest. Now the word 'Spa' springs to mind and also the popular brand of 'Mineral Water'. Our final outing brought 'Destination Management' altogether! Cream tea, OK? 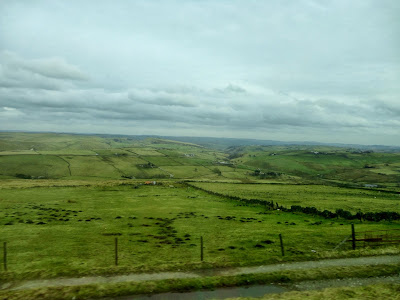 I'm a city boy at heart and shall forever be so it definitely made a change to see Derbyshire's Peak District. Making the two hour journey from Birmingham City Centre proved to be a challenge for the M6 motorway couldn't take us directly to Buxton. Stoke-On-Trent passed us by signifying the beginning of the country lanes that provided us with a series of twists and turns, but the views of the country lanes and hills were worth the negatives. My day in Buxton was part of my 'Destination Management' audit of a chosen destination, in our case Buxton had been chosen for us to critically analyse, so the intent for our visit had to be strictly educational! My January visit to Manchester was branded an 'Observation Educational' visit so I rest my case before sounding too much like a hypocrite. I foresaw that a good day would be enjoyed by all no matter how much or how little people decided to take from the day. Yes!

With the obvious theme of Spa's in the title for Buxton I reflected on my time spent in Bath, a Roman infused Spa town that definitely brought home the bacon when looking at the league of England's iconic Spa towns. I did wonder whether Buxton would live up to its marketing slogan to be 'England's Leading Spa Town'. I wouldn't be alone in wanting to challenge that bold statement, but I shall leave that analysis for later on. I knew Buxton had to be looked at differently because comparisons can sometimes prove be stark with some Spa towns some just have it and others unfortunately do not. I think a rethink of the tourism marketing strategy needs to be reevaluated and then some!? With the journey progressing we reached a point when we had truly left the city and the M6 motorway was far behind us, we had entered the striking hills that proved a heavy contrast between the concrete paradise of Birmingham. Buxton Spa looked sleepy! We didn't have all day, four hours if that! 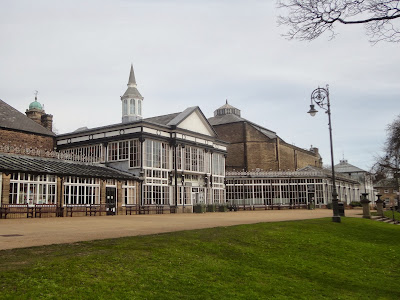 Buxton's Pavilion Gardens greeted us pleasantly, that March afternoon provided us with a day free from rain! I liked what Buxton was serving, it was time to disperse from the other students to see Buxton a little bit closer. Making a pit-stop for the obligatory tourist maps and other Derbyshire based tourist literature to hopefully enhance our afternoon in Buxton. I must say that the air and environment exuded a quality that no big city could ever offer for the fresh air definitely detoxed our lungs! The pubs didn't open until dinnertime so I decided to wait for my cream tea and scones later on. Life has a habit of throwing things at us, we just have to deal with them and get on with it! Little did we know that Buxton is a university town, there is a campus that's part of the University of Derby so it was interesting to see that a town so inviting could be home to hundreds of students! I wanted the city back already!


Taking our pursuit for quintessential Buxton we made our way up the hill to Higher Buxton to find a more inviting sphere of shops, bakeries and other ordinary amenities that impressed me much! Being independent students we decided to ask some questions about Buxton to people from the Town Hall and Museum, both institutions gave uninformed answers and gave off an feeling that our questions were more of a hindrance to their already quiet environment! I'm mild mannered most of the time but don't disrespect us like we're children please! Please don't make me think of my assignment, just don't! I saw a bus wait at it's stop that was bound for Manchester Airport, now the realisation had hit that we were not in a familiar setting but its doesn't excuse the less than positive vibe we had been given from the people we had sought information from. Buxton, you might not be the liveliest of towns the views could have well been a picture postcard town! Why had UCB chosen Buxton? Bux? 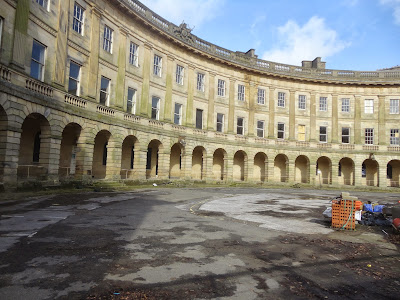 Buxton might lack in Spa amenities at the moment compared to the likes of Bath and Cheltenham Spa but a £35 million regeneration plan has been unleashed to make way for Buxton's Crescent Hotel and Spa. Upon first impressions it was evident to see the breath of fresh air that this restoration project will bring a boost for Buxton, as a natural revival for the town to benefit from. Me and my classmates found a fountain opposite to the construction site that didn't stop running with fresh mineral water. We got speaking to a passerby who stood filling numerous containers of the natural water from the roadside elixir. This gentlemen kindly engaged in conversation with us and proved to be a wealth of knowledge about the Hotel and Spa project, he had a much better tone and demeanour compared to the other three people we spoke to. We finally found a spa in Buxton! Sort that marketing strategy Buxton Spa!

With our new found knowledge of the Crescent Hotel and Spa fresh in our heads it was amazing to think that something that was constructed from 1780 to 1789 is being given more than just a second chance to shine once again in a lovely looking town like Buxton. I wanted an explanation as to why this piece of history was ever allowed to decay in the first place!? With the new plans surfacing it was clear to see that Buxton's restoration project is receiving funding from the National Lottery and English Heritage so I hope that's enough of a responsible line of backers to see this grand project through to the provisional end in 2016? The Pump Rooms will be restored back their former glory so Buxton can showcase another key feature that reaffirms it truly could be 'England's Leading Spa Town'. Time will only tell us if the project will be finished, I hope something good happens for Buxton. I must remember to pack my swimwear next time I visit your Spa town! Work it Buxton, bring it, B! 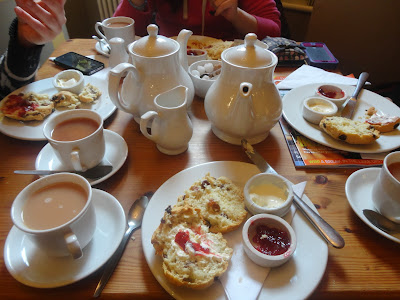 To conclude our day in Buxton we found The Square Tea Rooms, a lovely tea room that served a delightful serving of Derbyshire charm. Located at No.6 on The Square I highly recommend a spot of tea and sympathy is enjoyed at The Square Tea Rooms. All four of us opted for the Derbyshire Cream Tea, consisting of a pot of tea with either a sultana or cherry scone, each serving was accompanied with strawberry jam and clotted cream. I chose the sultana scone to accompany my cup of tea because that's just what I wanted! I really enjoyed my quintessential English lunch for its nice to do something different every now and then. My classmates enjoyed their tea and scones as well, I guess that's a good thing because it was nice to spend time away from Birmingham in a different setting to enjoy some chat! That addition to our day was bright for the rain clouds were breaking through. Babbling on, sipping our cream tea and gossiped!

Buxton might be a small Spa town located within the Peak District in Derbyshire but its surely got a hidden depth! From the darling Pavilion Gardens to the calmer streets of Higher Buxton I really did like Buxton for it served something different, it served something that I wasn't expecting as we all preempt an idea of a place before we have even reached it! I admit that I wasn't impressed by the tone of the local representatives of Buxton but the gentlemen who we spoke to about the Buxton Crescent Spa Hotel ensured a positive lasting memory would be taken away from our encounters in Buxton. Considering our purpose to visit Buxton remained 'educational' I believe that we had a well rounded experience that gave us the chance to compile information for our audits whilst having a pleasant day out away from the city. I want another Derbyshire Cream Tea! I'm going to need an intervention to get this Destination Audit done! I'll leave it before Germany! Oh Buxton, she better don't!