Located on Birmingham's doorstep is the city of Coventry, I chose Coventry on a whim with not much of a reason for my visit. I was drawn towards Coventry to reunite with my Hallmark Aviation colleagues just a couple of weeks ago. I wanted to revisit the home of Lady Godiva to execute a day of random adventure teamed with a medieval discovery. I was 'Sent To Coventry!' 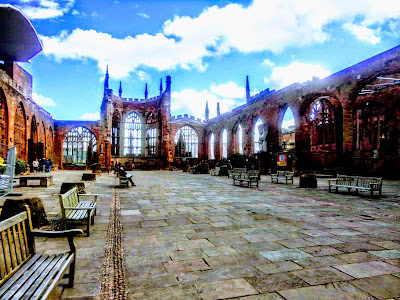 Built in 1300, Coventry Cathedral stood before me not in its original state due to the heavy bombing it was beaten down because of tirade of German bombs during WWII. Germany, we won't forget this! I noticed as the centenary year dawns for this once operational place of worship a phase of restoration was being carried out. Located less than thirty minutes from Birmingham I saw a day trip to Coventry the perfect antidote after handing in my draft Dissertation and an additional assignment as the pressure's been turned up at uni. Making my way from the train station, through Broadgate to the cathedral took the pace for my Coventry city day. I really liked the open air feeling of the original Coventry Cathedral so I felt it wasn't necessary to visit the back-up cathedral for the 1300 Coventry Cathedral served up some medieval realness! The weather took a few turns for the worst with spots of rain but my time at the cathedral was bright and fresh. So, I trusted in Coventry! Of course, I was so ready for Cov!

Coventry you say? The phrase 'Sent To Coventry' doesn't mean the best of terms, I wanted to put that meaning into my own interpretation. Being a Travel Blogger means I'm up for a challenge so I can safely say Cov served up one heck of a task. I had been to Coventry several times before my independent visit but I had not applied the same thought like I give to cities that don't get the best mention in the media. The uncertain future of Coventry's Football Club hasn't been the best card dealt for the city so I bought my super cheap £3.40 train ticket from Birmingham New Street station to do some investigating for myself! I visit some odd places for Coventry isn't really on the general tourist map for England. Coventry should really be given a chance for what I saw was worth my day out from Birmingham! There's word on the street is that Coventry is getting its own 'TOWIE' style television show named 'Sent To Coventry' so just watch this space! Being brutally honest, I wasn't in any position to hate on Coventry! Why be mean? Just be kind! 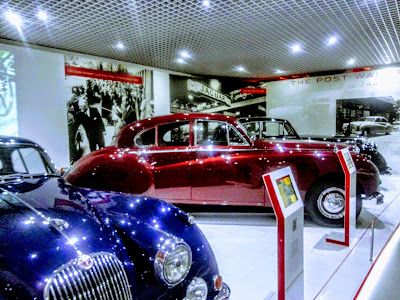 Like many places in the West Midlands and Warwickshire industry has played an integral part of their development and legacy. Coventry's Transport Museum stands out as a modern and informing place of learning to educate visitors that Coventry contributed immensely to the production of motorcars and motorbikes since 1896. The many exhibits on display at the Coventry Transport Museum painted a picture that Coventry relied on its motor production heavily. Displayed vehicles from the Singer Company and Jaguar looked great, so I gained a picture of what contribution this industry gave to Coventry's development as a city. Yes, I love anything from trains, planes to even cars so it was a great way to see something in Coventry that was free! Muriel Hind became the first woman to own and ride a motorcycle, I suppose in the 1900's it wasn't the done thing for a lady? Ms Hind was the female boss during her day! Learning a few things from the museum, that allowed me to know Coventry a bit better. Sure!

Back to the Cathedral, Coventry received a beating during WWII with a series of heavy bombing during the Blitz, effectively destroying a larger proportion of the city. But why was Coventry hit the worst? I learnt throughout my day in Coventry that the Warwickshire city produced a large proportion of the ammunition for the British army to defeat the Germans, I don't see that a fit reason to shower Coventry with a storm of bombs? Coventry is a concrete city for sure but I don't know whether that look will suit the future groove of Cov? Could a Coventry made motor hit 763 mph? You could say that I was pleasantly surprised by the offerings that Coventry served to me during my day of discovery. From cars, to concrete my day in Coventry was a welcome break from perfecting my Dissertation so I'm appreciative for that if nothing else! I wonder if Visit Coventry would approve of my experiences in Coventry so far? Sure, I chose Coventry for its story, she's had some drama over the years! Maybe a future city of culture? Come on, COV! 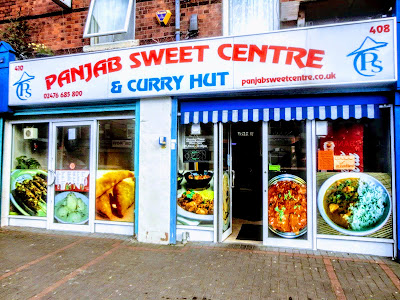 We all need to spice up our lives sometimes! In hot pursuit for some good Indian food I set off from the city centre limits in search of Foleshill. Teamed with my iPhone map I found Foleshill Road with no bother, it was a walk of thirty minutes or so but I haven't been so good with going to the gym recently so I saw my walk to Foleshill as a workout! I try to not judge people when they walk past, I kept my wits about me throughout my day in Coventry and especially as I approached the heart of the Foleshill Road. Birmingham is famed for its Kashmiri cuisine so I wanted to see what Foleshill, Coventry had to say! The cultural contrasts from the city centre to the changing businesses dotted along the Foleshill Road told me I was walking into an Asian area. Fosehill had edge, that's good. From the barbershops, Gurdwaras and sweet centres I was getting closer to Foleshill. Keeping things at 100, it felt good to leave my comfort zone going to Foleshill! I had passed through the area a few times before, I had to stop by for myself. Alright?

I chose to eat at Panjab Sweet Centre and Curry Hut located on the Foleshill Road. Sure, I enjoyed a Chicken Balti that was served with a Naan, I traded a Coke for a Masala tea because a hot drink works better with spice. I'm more of a Korma person but on the two occasions that I have enjoyed a Balti dish I have been pleasantly surprised. After I finished my Balti, Naan and tea I chose to buy some Indian sweets. I believe that I bought some Chamchams, Besan and Gulab Jaman that I planned to enjoy another time with a nice sweet cup of tea. Cannot beat a good cup of tea with some Indian sweets! I have to say that the Besan fared to be my favourite Indian sweet out of them all! Foleshill showed me a scene and vibe that I saw in Sparkbrook, Birmingham so my experience was authentic as it was going to get! Do multi-cultural city's like Coventry really benefit from areas such as Foleshill? Panjab Sweet Centre served me a nice meal, it was cheap and flavourful. Absolutely yes, Coventry gave served the perfect lunch! Sent to.....? 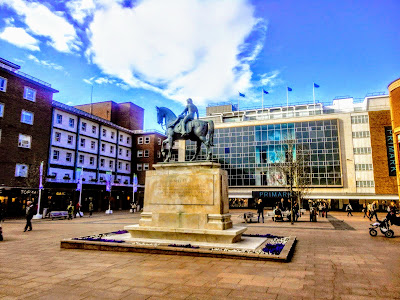 Walking away from Foleshill Road, I made my way back into Coventry's city centre. The Broadgate Centre, Coventry is home to the city's main shopping amenities and the gateway to the train station, I made my way past the statue of Lady Godiva twice that day. Not feeling satisfied with the appearance of the main square with the farmer's market set up so I waited until I returned from Foleshill to capture the true image. Who's this Lady Godiva? The 11th Century Anglo Saxon Lady Godiva rode horseback through the streets of Coventry in her birthday suit, all because she didn't agree with a taxation law her husband had passed. Out of all the places that I saw in Coventry I would have to say that I love Broadgate's concrete theme for it looked quite retro! I know it worked! Having been to this side of the city a little while before my recent trip to Coventry I was glad to be back to take some snaps! I had to grab a white t-shirt for an upcoming photo-shoot the next day, I tried my luck in Broadgate's flagship Primark store.
Getting my life, it was so that Coventry served me a slice of female empowerment with an 11th century figure! Coventry impressed me, no word of a lie I proved the cynics wrong. My planned yet spontaneous afternoon in Coventry surprised me for I saw sights that were great like the Coventry Cathedral and the statue of Lady Godiva. I learnt about how badly Coventry was hit during the second World War and that the motor industry took Coventry to new heights back in its heyday. I did take an air of caution to leaving the city limits in order to visit Foleshill for some dinner but all was good. Places and people are judged by what happens by a small scale of a place so I can say that I was fine whilst in Coventry. Regeneration is definitely the key for Coventry and its city centre core, but I liked the concrete time warp feel that The Broadgate Centre exuded. Don't judge a book by its cover because the story might just surprise you!? It may take sometime to change this motor-city! Honestly, it wasn't that bad being 'Sent To Coventry!'