Friendships From A Far... My International Loves: Part 2!

When I was younger friends were not really my thing but as my adulthood has moved forwards I have been very fortunate in that department. I am fully aware that the world is a very large place so I feel blessed to have made friendships from the four corners of the globe! From Newark to Dubai via Orlando! Yes, I know that having 'International Love' can be and is amazing! 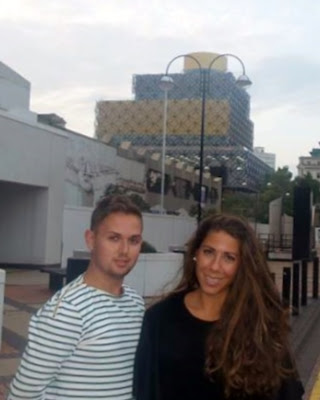 The only way is Dubai! I first met Inês Ladislau during my second year at UCB. My flatmate Filipa Martins introduced me to this beautiful lady who would in time become my dear friend. I recently saw Inês in Birmingham just the other weekend during her super quick turnaround from Dubai. Inês has been a flight attendant for Emirates Airline for almost a year and is based in the Middle Eastern metropolis that is Dubai. She's a girl after my own heart! We have stayed in contact since we said goodbye in Birmingham after our Scottish trip in 2011. I have always wanted a career in the skies ever since I was a small boy I would admire the passing cabin crew as they passed through the cabin, something told me I could be a fly boy! Yes?


I love travelling and meeting new people who from outside of England, so I always welcome new international friendships that take me to another side of the world! I do hope to see Inês and Filipa together soon because its been a rather long time since we have been a trio like we were in Glasgow and Edinburgh. I don't know what the future holds but I know that somewhere down the line we'll have a fabulous reunion! I feel like my placement year in Newark's Ironbound kept me close to the Portuguese culture that's present in their lives, something that I'm proud to be familiar with. I'm really glad I met these girls at UCB for they introduced me to the Erasmus society, which enabled me to meet people from Lithuania and Denmark! Eu te amo tanto! Sim! 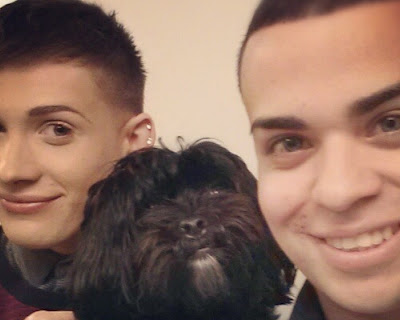 Everyone needs a fierce hunty to call their own sister friend! I have mine in the form of the fabulous Zach Airstarr! I met Zach Altstatt during my Walt Disney International College Program in June 2011. We shared the same flat for my first few weeks, but after he left we always remained in contact throughout the summer. I just had a gut feeling that me and Zach would be great friends because we hit our first conversation speaking about Lady GaGa, true divas from the very beginning! We made it to Parliament House and Pulse Orlando for a fierce night out, I couldn't drink alcohol that night because I was only 20 but we worked it on the dance-floor nevertheless! I do remember our shifts at Walt Disney's Epcot where we merchentained with the sparkly Minnie and Princess headbands, only to be told by our managers that we should tone it down. How very dare they say that to such a fabulous and fierce pair!? I knew that I had to pay Zach a visit once my placement had finished! Yes, gurl!

That trip gave me the opportunity to meet Zach's boyfriend Dawin, he is a darling person! My Orlando weekend was filled with fabulousness and campery as we had a 'Kiki' at IHOP and shopped like 'Material Girls!' at American Apprael. I met Fendi, the dog with a drag name 'Miss Fendrea Shitzonyou' and a suitably diva personality to go with him. Myself, Zach and Dawin had a great day at Walt Disney's Epcot where we sipped on Margaritas, eating Mexican food at the Mexican pavilion at Epcot's World Showcase. I stayed at their apartment, feeling like a queen in her castle because my were ace! I should have stayed longer but I always have a habit of keeping trips short! Finishing our crazy weekend with a wicked night at Orlando's Parliament House, it was a great time to just be ourselves and enjoy our time together for we are the 'Flower Bomb Bitches!' Zach, Dawin and Fendi make sure you stay in my life because you three make it more than fabulous! Yes, of course I will be back b*tches! 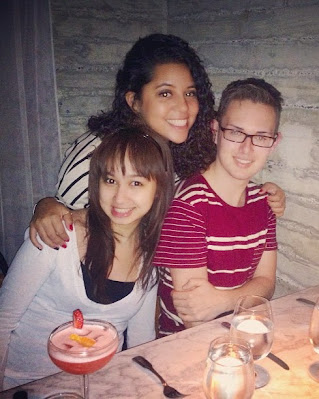 Britney Bitch was born, she recruited her angels wisely! These ladies are my shining stars, possessing a special charm that makes me love them for life! I love them dearly and even though I haven't seen them for sometime I think about them everyday. I met my two angels at Newark Liberty International Airport during my Industrial Placement throughout 2012. We all worked for Virgin Atlantic Airways, an airline that will always be special. Let's begin with Valerie Calinawan, she made my Christmas Day so special! Valerie worked with me in the Clubhouse, she's my Filipina! Valerie knows I'm on that Tagalog hype! Salamat! Let's turn Manila on its head one day Val? Yes! I know you'll show me the realest! Trust and believe V. Yas!

Fiorella Sanchez has my heart, this Peruvian princess will forever be my Clubhouse Sister! I love this girl like a sister, she's my cosita! We went for Cuban food and finally Peruvian food during our time together whilst I was on placement in the USA. I usually travel independently but welcomed Fiorella on my penultimate USA trip to New Orleans for a lovely January weekend in the French Quarter. I came down with a rather horrid cold but Fiorella nursed me back to health by making sure I had my medicine and hot tea. Myself and Fiorella have made a definite pact to visit her homeland of Peru to experience the wonder that is 'Machu Picchu'. Life has parted us for the time being but our 'International Love' will go on! Don't get it twisted, Britney loves her angels much! 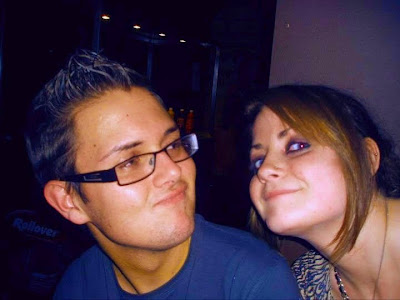 Catherine, where do I begin? Meeting on the first day of our UCB experience at the Students Union at the Maltings, we became friends fast! We spent the first semester partying our way through Birmingham, we loved our lives and spent those post-club munchies along Broad Street's finest after hour joints. The group routine got crazy, we were out every weeknight then spent the weekend in our rooms where we would watch S Club 7s Miami 7. Those pre-drinking sessions within Davenport House were the best! Cat knew I wanted to see the Vengaboys at the Nightingale, she knew what I wanted to achieve from the night. For that reason I'll always be thankful for that push in the direction I was destined to take. Our university experience was rapid, Cat made her own sweet way off into the world after the first semester and it was a blur due to the fresher group falling apart, sure we made our reunions count in 2013!

I bopped to the beat of Broad Street with Catherine, finding that not all those new faces will stay and when others blur your vision it can make things seem rather different after the smoke clears. Our friendship might be from a far now but you'll always stay in my heart! In the here and now I have found myself nearing my final semester at University College Birmingham, the last three, almost four years have been blessed because a handful of amazing people have come into my life. From UCB to those Disney days with my placement year taken into consideration. Valerie and Fiorella will always my stateside sister friends, they will always be in my heart! Inês and Filipa joined me for my birthday for the trip to Glasgow and Edinburgh. Zach became my Disney friend, dancing the night down at Pulse Orlando and Parliament House respectively in Orlando, FL. The 'Flower Bomb Bitches' will reunite one day! The comeback will be real! Friends, you don't need many to have the best! Truth!

International Love Is The Best!