Back to Birmingham for my final year of my degree at University College Birmingham! I have been travelling again, well just around Europe since July, now in September it was time for me to return. With this being my final year I'm expecting an extra serving of pressure surrounding my studies. Where has the time gone? I will keep the party going for a little longer! Let's go B! 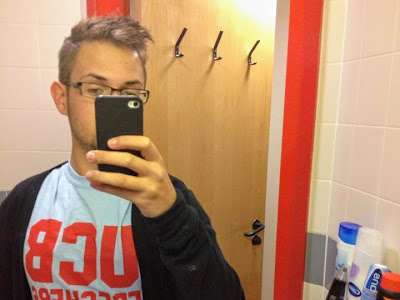 It might not be September 2010 this time around but I feel so much better now I'm back at halls! I'm no longer a fresher but why should I slow down? I was just getting started after my summer holidays! I have decided to entertain a few of the events from this years fresher's week. It was a crazy night for many reasons, but to start I was contemplating selling my t-shirt because my brother wasn't making it clear whether he was going out or not. I had resided to the fact that I wasn't going out so I made my way to my old flat to see if one of the girls wanted a spare t-shirt, thankfully they had their own T's so we hit the town in-pursuit of PopWorld! Bopping to the Spice Girls before hitting Risa for the final stop of the night. Sammy and Sophie called it a night, but out of the blue my brother phoned me to see if I was still in Risa. Reunited, we partied the night away! Who said final year was stressful? I have got this in the bag!

Friday just gone it was University College Birmingham's 2013 Autumn graduation ceremony, it was mad to see friends from my university experience progress with their completed and respected qualifications. It was great to see Lucy Houghton yesterday night to celebrate her graduation from University College Birmingham, I'm not quite there yet but it will be my time soon enough! I look forward to my time but I'm not going to wish my time away because its great being back in Birmingham! On the graduation front I just don't know if I agree with the whole gown hire and cost for the photos, I have one year remaining of my studies at UCB, I know in my heart its going to be a tough one compared to the last academic year now those semesters were a joke thing! I am sure graduation will be a moment to remember, yes I'll be contradicting what I said about the photos and gowns! The whisperers have been making the dissertation sound like the worst thing, I'm looking forward it. I do love writing! 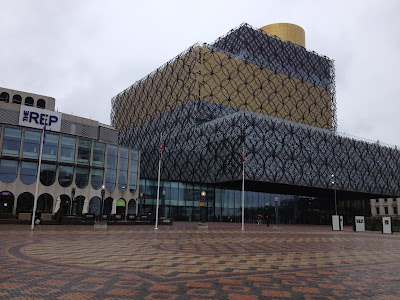 Birmingham has changed some more since my departure from the Maltings for Summer. It's been great to see the long awaited opening of the new Library of Birmingham, it was getting very tiresome to continually walk past the building sites on a daily basis. I have already joined the new library but I plan to make use of the facilities throughout this year as I have my dissertation to consider. Optimism is the key! Captured to the right is the finished project, along with the restored Birmingham Repertory Theatre. It's been exciting! So, I have made my vow to be a dedicated student and committed member of Birmingham's new modern and cutting edge library! I really don't want to be eating my words because I want to be sporting a graduation gown in September 2014! I admit that one thing that hasn't changed in Birmingham is the weather, its been god awful since I've been back at the Maltings Halls!

There are places in Birmingham I love to go back to, places that just don't change even though I'm not a fresher anymore. I love walking through the Mailbox into the city centre, its a walk I won't forget when I do eventually move out of Birmingham for the final time this summer. I wouldn't change the German Market for nothing, its coming back this November on my birthday! For that reason alone I want it to snow already! I'm tired going to the same old haunts, I want to mix things up this year by going to Sparkbrook for a Balti Curry as its the home of Birmingham's Balti Triangle. It could be a nice idea to visit the Botanical Gardens because it's been an age since I last visited. To pastures new, I'm really excited for this year because its my last at university! I make a vow to become a fully fledged scene queen, I will be getting busy at the Village Inn as much as I can! Let's enjoy what I've got left of student life! In actual fact why should this be the final time? I'll make this year count! 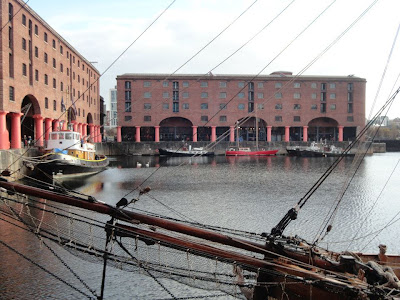 Travelling is in my blood, with the convenient central location of Birmingham that makes discovering new places easy. In November I will be making the trip up to Liverpool for a night of mayhem. I went to Liverpool back in 2011 to see my Disney friend Kat and to see the delights of Liverpool. I'm looking forward to this weekend as it will hopefully be a great way for me to relax and forget about my dissertations! I know that my Liverpudlian escapade will be exciting, I'm really looking to get some more adventure in my life. Captured to the left is the Albert Docks, I took the photo during my first trip to the Scouse city during 2011. I am definitely one for the theatre, going to see a show just shakes things about because it doesn't leave me with a hangover the next day. Culture is cool but like I said I'll be working it down Southside! I wanted to mix things up, keeping it fun to have sensible nights. Get me to the theatre!

I have always loved going to the theatre, plus it occupies my attention away from a crazy night! I'm looking to revisit the same theatre in March to see Singin' In The Rain! I adore the film, so I'm hoping for the stage version to be equally exceptional! Birmingham will have my whole attention this but I want to spread my wings this semester. To complete my cultural crusade I'm looking to spend some time in the city of Cambridge, I shall leave the boating to the professionals so I can safely admire the charms of that university city! I'll see how that goes because I have lots of ideas right now. I just hope that all of our university work doesn't stop any of my travelling plans! I'm not allowing myself to book another international trip because I want to try and do something interesting over the summer in 2014! I don't want to have ideas above my station, I want to keep things local. For now, Birmingham will be my location to conclude my University College Birmingham degree. I'm back!