I have been extremely excited about going to Turkey this year as I have not been for almost three years, so this year had an extra bonus because I would be flying with Turkish Airlines from Birmingham Airport to Dalaman Airport via Istanbul's Ataturk Airport! Let’s see if my second Turkish Airlines flights live up to my previous experience with this airline. Finally TK from BHX! 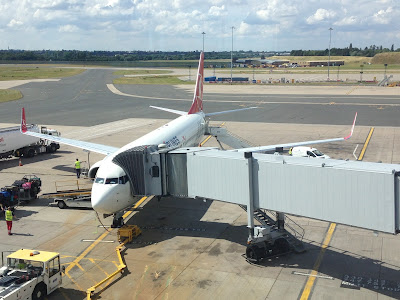 Check-in flew by; our bags were interlined right through to Dalaman Airport well via Istanbul Ataturk. Having already checked-in online the previous day I had insured our seating was close to the front of the cabin. Making our way to through the security check-point without any problems we made our way to our Turkish Airlines flight TK1970 bound for the city of the Bosporus. If you like reading newspapers then you wouldn't be disappointed due to the wide array of Turkish and British newspapers, such as Hurriyet and the Daily Mail. I'm more of an Express & Star guy! Boarding wasn't too much of a stress like every other flight I've been on, whilst in the queue it was amazing to listen to the Turkish language. The cabin crew welcomed us with a smile, some were busy completing their pre-flight duties as we boarded our Boeing B737-800 aircraft. I was buzzing to finally fly back to Turkey after my absence. Let's go, TK1970! 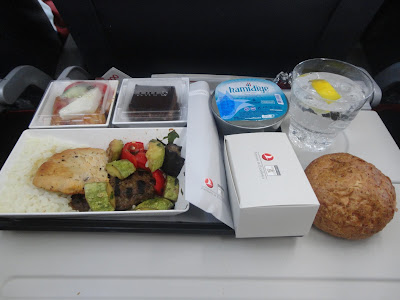 Taking to the skies the hospitality of Turkish Airlines served a selection of beverages alongside a fresh and very delicious meal. For my dinner I chose the Kofte with  a piece of grilled chicken, which was accompanied with a fresh salad, chocolate fudge cake and cheese with savoury biscuits. The cabin crew on-board our Istanbul bound flight were attentive and always made sure our drinks orders were taken care of, the selection of alcohol beverages rivaled other airlines that I have flown with. An after dinner refreshment was served in the form of Turkish tea, Turkish coffee, water or Ayran. The passengers sitting in from of us were sipping Ayran and black coffee but we weren't stupid! Our drinks were topped up on a regular basis as the cabin crew passed through the cabin with a selection of beers. wines and spirits. I assure you I enjoyed several generously poured gin and tonic's during that Turkish Airlines flight! Nice!

I must be honest the efficiency of the cabin crew onboard our TK1970 flight to Istanbul Ataturk Airport was first class regardless of our standard Economy Class ticket. Nowadays, flying has become more like a bus journey where extra hidden charges ruin the customer experience. During my three hour flight to Istanbul I didn't pay a penny for any food or drinks. I always prefer a room with a beautiful view, I really appreciated the beautiful Turkish gentleman who graciously tried to help me stow my cabin baggage during our embarkation at Birmingham Airport. I kindly declined his offer because I can do things for myself but next time I won't say no! It was a beautiful start to my holiday! As Turkey grew closer it was time for us to keep on with those holiday pre-drinks, our seats looked onto the Premium cabin but we had more than enough in Economy. After working for an airline its made me appreciate the cost of flying and the class service that divides us. Get over it already! OK? 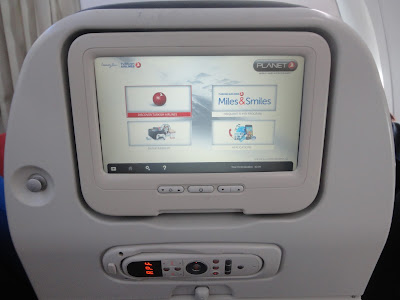 Turkish Airlines brought the entertainment! Seat-back televisions are present for every passenger to enjoy, no matter what class of service. I for one made sure I watched as many Television programmes, movies and listened to both international and Turkish music during my three hour flight. I prepared for my upcoming trip to Istanbul with an informative documentary about Istanbul’s Topkapi Palace! Fasten those seat-belts! Touching down in the vibrant city of Istanbul brought our transit period and entry onto Turkish soil. Collecting our tourist visas and passing through passport control didn't take us a whole lot of time, our connection time was around ninety minutes, allowing us enough time without any rushing involved. In our case we were required to make our way from the international terminal to the domestic terminal for our internal flight to Dalaman Airport. No delays for us at Istanbul Ataturk!

Boarding our final flight of the night bound for Dalaman Airport we were greeted by another polite and well groomed set of cabin crew, who were at our service for the short flight to Dalaman. Our aircraft was called Eyüp, which happens to be a place in Istanbul on the European side of the city. Our sixty minute flight was smooth with some turbulence; shortly after takeoff we were served a small snack box and one non-alcoholic refreshment. This small snack box contained a chicken and cheese sandwich with a lovely chocolate desert. All in all our Turk Hava Yollari experience was faultless, professional crew and on-time departures ensure we arrived at our destination content! From check-in to transferring aircraft's we experienced a seamless process that helped start our holiday with a bang! We enjoyed two tasty in-flight meals from Birmingham and to Dalaman, better still we consumed enough complimentary alcohol refreshments throughout our first flight! Thanks Turkish!