Boys, Boys, Boys! I was looking for a good time! I received a rather random text message from Paolo suggesting a day out to London. I couldn't refuse this offer as life has not been the same since our Newark days and of course London is a place that I love! All in agreement for our day out it was set that the Las Vegas 3 would reunite, making our comeback day out in London! Go! 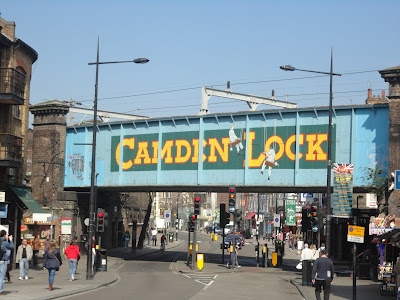 London Town was calling us back, there wasn't a minute to lose I booked my train tickets within a few days of this fantastic revelation. Setting off to the capital city on a super early train I wanted to do a bit of sightseeing before my two amigos arrived in London, the home of the beautiful people! Trusting the London Underground I made it from Euston to Camden Town in search of a slice of something different. I'm better at getting the tube independently, its a crazy part of London so being in-control of my journey helped a lot! The sun was shining, there were a few clouds in the skies but I wasn't going to complain, I was back in London! Camden served its retro and hip part of London life! The bohemian feel with the range of diverse market stalls and shops made Birmingham feel a million miles away! Was I really back in London? London was looking lovely in that moment! London stole my heart again!

I didn't need Sloane Square because I loved what I was looking at. I initially made it to Camden at around 9:45am I don't think I was doing too badly? I just wanted to have a mooch around to get back to where I spent the day with my friends Joe, Jordan, Ursula and Rebecca back in late 2011. I do love the Camden Lock area where the canal meets the variety of market stalls where you can taste delicious food from the four corners of the world. I think you need to get yourself to Camden! Oh, I also made a quick visit to Covent Garden, I love that place! Bargains don't get any better when your train down to London only costs £6.00! London Midland got me my sweet deal only a matter of days before I was summoned to London by Paolo and then Thomas! The heat had been turned up at university with exams and the final deadlines for the remaining assignments, that London getaway was very much needed! No Bang Bang chicken for me that day, I was busy, no way! Love you, London! I do L! 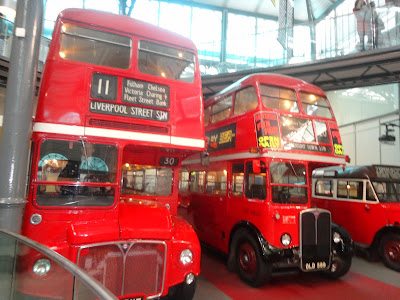 Where were Paolo and Tom? I was finally reunited with my Hallmark brothers! We started off at London's Transport Museum, we were all like a bunch of excited little boys! We made sure we had a great time. It was an educational visit from one perspective because we learned about how Londoners of the past used to make their way around this brilliant city. Paolo had to be Paolo by going crazy when he saw the interactive Tube driving games, ah well its a good job we are friends because you certainly looked the part! Before ending our rampage of London's Transport Museum we saw how the first London Underground tunnels were actually dug from street level, how the times have changed because those Tube trains are well and truly underground. The past, present and future of all things transport for London opened my eyes, let's just say the London Underground will be looking unrecognisable in the future, L!

Moving through our quick paced pursuit I took in the views of Covent Garden and the Piazza for the second time that day while the other two decided our next move. We decided to make our way to the Strand to reach a post office because Tom and Paolo had a transaction to complete. I was back in the city where I was born, I know that London will always have a place in my heart. Spontaneity can be good, I really need to embrace that notion more!  Tom and Paolo had planned to return to Newark, NJ for their second time after placement but I wasn't on that hype because I'm off to Spain and Turkey in the next few months, I will return to Newark in the future but it has to be on my terms. No West End show was on our radar, acting as the perfect tonic because that's always on my to-do list when I'm back in London! I was able to bring back a side of my Britney persona for the afternoon but I'll always be the fabulous on out of this three! Londinium, can I ask why are your buses so red? 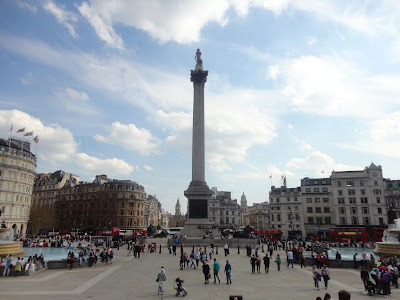 The sun was shining and the tourists were out in their thousands, let me just add we weren't tourists at all! I'll show you my passport because that will prove it 100%! Looking down over Trafalgar Square was absolutely immense! The day was turning out be an amazing state of affairs, it was only going to get better! I hadn't been to Trafalgar Square for a long while, so getting back there was amazing! The boys were all back in town, I would not have had it any other way! All of a sudden I felt like I was at a film premiere! It's got to be Leicester Square, because that's where the film premieres are held in England. Making McDonald's our choice for lunch I said that I wanted to see the River Thames that afternoon. Who honestly knew what the rest of our day would bring for us? I wanted to see the River Thames, but would that happen? Yes! Birmingham was a world away, the warm weather held out for me! Sure!

Making our way through London's Piccadilly Circus we found ourselves going to Regents Street for a look around Hamley's, London's premium department store for toys. It was so amusing because we were like excited children in a sweet shop, well we were really young men in a toy store! One part of Hamley's that I loved the best was finding the Virgin Atlantic Airways airport set, yes they did have an Emirates plane which did impress me much. Yes, serving some 'airport realness' during our day got me thinking about our crazy year working at the airport in Newark, NJ! Britney Bitch had her boys to hit the bright lights of Las Vegas and a whole lot more of shenanigans! Northampton was good but London allowed us to get back to a near New York City vibe like the old days that wasn't that long ago! Embracing my inner Disney Kid at London's biggest toy shop, you already know that I loved the Disney Princesses! That's will never be a secret of mine because Brit's a ratchet princess B! 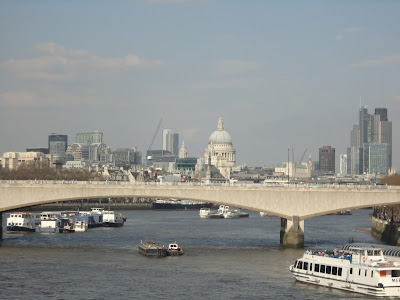 Taking the Tube from Oxford Circus to Embankment in the middle of the 5pm rush hour was a tad stressful but we made it to the River Thames nonetheless. I captured the photo on the right as we made our way across the Golden Jubilee Bridge, don't you just adore London? Well minus all the busybodies that pushed through the crowds its amazing! The weather was still great, a minor miracle compared to the previous weather we had experienced the previous month. My wish to be close to the River Thames was granted, grabbing an ice cream all three of us found a place to relax on the grass overlooking the London Eye, it was bliss. Our spontaneous day in London was nearly over but so far I had enjoyed everything that we had experienced. Let us just take a little while to relax and take in the sights, shall we? The banter was back, I had forgotten that I was the one that got all the jokes aimed at me! Brit!

The sun was setting on London Town, we saw some great things that day for certain! From the beginnings of the London Underground at London's Transport Museum to my impromptu visit to Camden Town I loved every moment! I obviously was not ready for the final phase of our London adventure, because we were off to no other than G-A-Y for a few drinks! Meeting one of Paolo's friends from university we made our way to the popular London gay club for a few early evening drinks, why did I have a train booked back to Birmingham so soon? The drinks were super cheap and when I mean cheap, £1.70 for a pint of Cider! The drinks were going down, down a little too easy! No night out for us, it was time to say our goodbyes and part once again. G-A-Y, I'll be back! When will be the next reunion be boys? So, my weekend in Huddersfield was unique, Northampton was OK but London certainly gave me life! Until I receive another random text message! London, don't let us be strangers! No!