Birmingham has most of its city centre areas designated into 'sides' but business is done differently north of New Street Station. Comprised of Colmore Row, the Jewellery and Gun Quarters there something individual this Northern side of Birmingham's city centre offers. Times are changing, so meet me at Birmingham's Snow Hill Station to stay connected! OK B?! 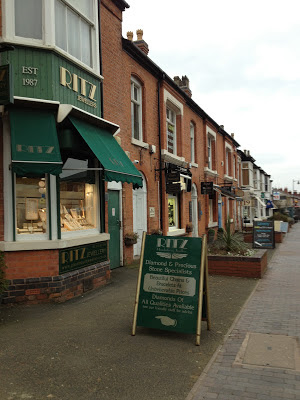 Diamonds are Forever! I have only just ventured into Birmingham's Jewellery Quarter, what a sparkling addition to this city it is! I had only seen the Jewellery Quarter on Central News and as I have passed through on the Metro to Birmingham Snow Hill. Wedding bells are a ringing with all those happy couples! I did see several young couples frequenting the many jewellers that make up the Jewellery Quarter upon my visit, purchasing rings for their wedding ceremonies I could only guess? I suppose everyone loves a good celebration?! Education is the key because the Jewellery Quarter is home to its very university campus, part of the 'University of Birmingham' this learning centre trains and educates future jewellers and fashion designers. Gold!

The old workshops and jewellers of the Jewellery Quarter is conveniently just a few minutes walk from Birmingham's National Indoor Arena, the streets are really paved with gold within this North side of Birmingham's city quarter! This Northern Quarter of Birmingham has been an integral part of Birmingham's industry, fortunately this industry has lasted against the test of time and the struggles British industry has faced over recent years. I've heard that the Museum of the Jewellery Quarter educates the children about the glittering history? Jewellery shops old and new stand by each other, but it's easy to see that time hasn't been easy to this side of town. If I ever get a ring put on my finger, it I will outshine the competition! Mark my words because no one bedazzles better than me! Let's see! 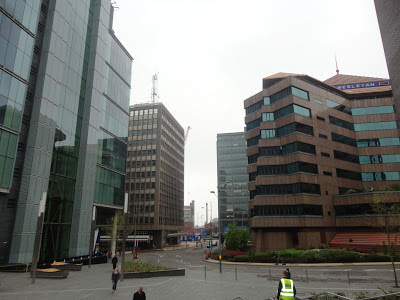 Birmingham has a growing business district that's just keeps on getting srtonger! Each time I pass through this part of Birmingham's inner city I am amazed at the changing surroundings, for the Colmore Row area of town has been transformed into a hype of activity. Businesses and corporations are choosing Birmingham to set up base. Snowhill, a new development has changed the vista of the Northside, bringing investment and commerce to this side of the city. One Snowhill, a further development has become the newest part of the Colmore Row Business District. It's not exactly Canary Wharf, but who needs to be as good as London? Birmingham's business boom-town will be better than London's financial hub! I'm not really affected by this growing part of Birmingham but I know that its going to impact my life one way or another! I hope more businesses leave London for Brum's Colmore Row! Glow up, Birmz!

The future is looking bright for the Colmore Row Business District, for the developments that Birmingham's Northside have received within this sector are amazing! A possible new hotel and spa could be built within the business district, hailing from the United States of America is the hotel brand Westin/Starwood Resorts. This new luxury hotel would be able to accommodate business delegates from all over the world, giving them a high standard of hotel in the Northside of Birmingham, I reckon the nearby Hotel Du Vin could have a few words to say about that?! It's going to happen regardless of the drama and competition! Regenerating is the key for some aspects of the Northside, Birmingham but within this instance the prospect of new build projects seems more exciting! The Midland Metro extension to New Street has sped up the expansion of One and Two Snow Hill, breathing new corporate opportunities for the city of Birmingham! You better work it, Birmingham! 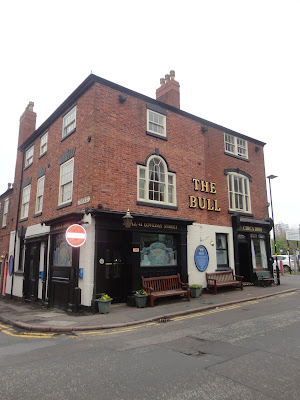 Welcome to the Gun Quarter, another historic addition to Birmingham's wider North Quarter. I only visited this side of the Birmingham's Northside yesterday so my knowledge of this corner of town is still quite fresh, but saying that I don't ever use a guidebook so my facts might not be 100% precise but my account will be authentic for sure! Captured to the right is The Bull, a tavern that played a large part in the operating of the Gun Quarter. This corner of Birmingham's Northside was a powerhouse for the production of guns, a taboo subject in today's world. Gun's made Birmingham rich, that's a fact. I found the Gun Quarter to be charming in one respect, it was full of stories of the past and I only walked down Price Street. Bang, bang B4!

Gunsmiths were paid their wages from this tavern, well circa 1800 that was. Birmingham surpassed London in the gun-making stakes, now we all like to hear that the second city was riding high compared to London. In today's fragile outlook on guns it is quite something that Birmingham played a detrimental part of the gun trade, but I suppose these weapons weren't used with the same stereotype that we associate this weapon with? Nowadays, the laws to do with guns and gun-making has changed significantly intern affecting the lifeblood of this area. It has been said that Birmingham's Northside will benefit from investment, with funding and development from Birmingham's Big City Plan. Let's hope the Gun Quarter will be brought back to life! After all Brum, business is business!
Birmingham's Own 'Northern Quarter!'