Life has changed dramatically since I finished 'Sixth Form College' in 2008, from college assignments to moving to Birmingham. Time waits for no one, I guess that sentiment applies to my life of recent? Just how much of the ‘American Dream’ has been a part of my success? As if Disney's 'Mickey Mouse' take me away to work at a magical Floridian theme park! I've worked!

Saying good riddance to St. Thomas More I was ready for an almighty change! The September of 2008 brought the beginning of my BTEC National Diploma Level 3 Travel and Tourism course. If I’m honest secondary school wasn't really for me but I know that my time at City of Wolverhampton College benefited me immensely. Exams weren't a part of my new start in education, I relished in the fact that my work was all class based. I found the modules complex to begin with but with time I grew in confidence and soon enough the Distinctions came my way! From ‘Holiday Representatives’ then onto ‘UK as a Destination’ I took everything I could from the modules I studied at College. Finding a subject that I had a passion for helped me enjoy my course, I had the opportunity to be part of the classes I studied at the City of Wolverhampton College! Travel and Tourism rocked! Learning to be me!

With the expertise of the lecturers from the Travel and Tourism department I achieved three Distinctions. My time at College wasn't all work because I got to experience the city of Edinburgh, Scotland as a part of our ‘Residential Study Visit’ module. I met some nice people, to this day I only keep in touch with Jade and Tashalee because the rest of the class were on a different hype and if there's no point carrying on with a friendship I'm fine with that! I detested everything that school stood for, being different in ways that I have now confronted I never want to revisit those years but going to college was a welcomed change. I worked so hard on my assignments each term, at first I would only settle for the pass grade but with a little bit encouragement I was snatching those Distinctions! Pretending to be an Overseas Representative was a laugh and of course I adored the Cabin Crew module! Where are those wasters who I went to school with now? Yes, I had the last laugh B! 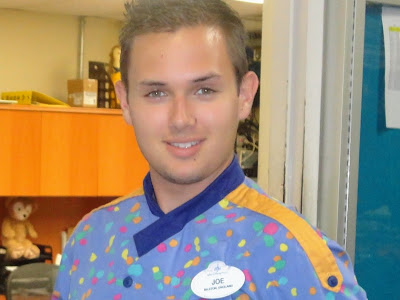 Two years since starting college I embarked on my Higher Education journey. University College Birmingham became my next educational challenge, to progress further that degree would be needed! Anyway, life hasn't been the same since my first week at university, it’s not just the assignments I have to worry about it’s a whole new way of life living away from home, being independent and finding my way in the world. ‘Hospitality and Tourism’ would be the subject of my degree for the next four years I would become a fully-fledged student! The semesters have flown past, the experience has been a complete blur so far and it’s not quite over yet! The assignments haven't finished yet, I have my Dissertation to complete first! I want to go back to Freshers! No, my freshers period happened when it did for a reason, there's no going back! Independent life opened my eyes and then some! Who said Disney? Who?

The magic of Walt Disney World made its way into my life during the summer of 2011. I became a ‘Cast Member’ working in the merchandising department at the ‘Walt Disney World Resort’ in Orlando, USA. ‘EPCOT’ became my home for three months from June 19th 2011 until September 2nd 2011. Working for the ‘Mouse’ was a memorable experience, learning the art of smiling for six hours per day became a way of life for the summer. It was my second job but first time working abroad, I was up for the challenge and to be back at 'Disney'. No one does it like ‘Disney’ working for a company that makes a million dreams come true everyday makes any other job quite boring. Dreams seriously do come true! It just goes to show that if you wish upon your star any dream can come true! Would I go back to Disney? To visit as a 'guest' I would in a heartbeat but my workings days won't be repeated. I went back in January 2013, I visited my friend Zach! My Walt Disney World glow up! Yesss! 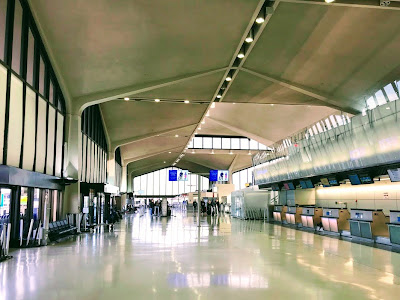 During my current course I had to undertake a one year work placement, I didn't feel the magic with those hotel opportunities! Flying high, I made my way back to the USA some five months after arriving back from my 2011 WDW College Program. Working and learning in the role of a 'Passenger Services Agent', I represented Virgin Atlantic at Newark Liberty International Airport with my best smile and sass! My year working within an airline/airport environment has had me questioning my next career moves because my final year of my degree course beckons. I am hoping to interview for Emirates to hopefully become one of their cabin crew. I can't put my eggs in one basket but I can at least give the interview my best! I feel like it is something that I am focussing rather a lot, I need to get back to those assignments! If the opportunity is meant to be then that's so, destiny will lead me in the right way. No mistakes!

Because I feel some kind of way with England I need to be realistic, a backup plan is very much needed! Not seen as a second chance failure, I see the equally exciting opportunity to teach English as a foreign language in China. I am doing some research because either way I don't see myself being in England long after my university graduation. The English teaching job market seems to be strong and to be honest I have not been to Asia, it wouldn't just be for work because the chance to travel would be something possible. Beijing, Shanghai, Chengdu or Wuhan, I am open to the possible adventures that could well be ahead of me! Whether it will be serving drinks at altitude or teaching phonics in far off China, I have every confidence that life will lead me in the right path for that next stage. Since 2008 to now I've been able to work harder, studying towards my goals and finding myself has been worth the world over! College started, university party nights, but I want the world again!