Bilston is a town that has stood the test of time! I asked myself how manual work, council housing and football gives this town an interesting yet strong history? The 'Industrial Revolution' came to Bilston, leaving a lasting impression and a career for the local Bilston woman and men from yesterday. I don't need a history book to educate me about my hometown! 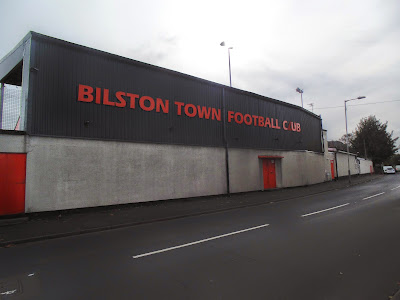 When thinking about Bilston Town Football Club I didn't know what to think, its never really been a place that I've paid much attention to before. Formed 121 years ago in 1894, Bilston Town F.C acted as a strong contender within the early days of West Midlands football. Bilston's football players were branded as 'The Steelmen' who took to the pitch due to the linkage with the steelworks, this name is still used today. I haven't seen a match at their Queen Street home ground but who honestly knows? Nowadays, the social club is a firm favourite with the local Bilston folk, I believe that they have party nights their most weekends. Getting back to the game it's being a struggle for this football team, having a smaller ground hasn't stopped this Bilston based football team stay in the league throughout the years. During the next season it's hopeful that this West Midlands football club will sure return to the top!

Flashing back to 1954, bringing Bilston Town FC's victory in the 'Birmingham & District League' which stands as a positive thing for this time if anything else. During the May of 2012 signified the beginning of new management for Bilston Town FC, this new start emphasised the involvement of local youth teams within the league. Off the pitch Bilston Town F.C is working with the 'Bilston Partnership Youth Football League' and other groups forging relations with local 'Pupil Referral Units' and 'Probation Services' to improve the lifestyle of local troubled young people. There were plans to completely revamp the ground, creating more capacity, with a hotel and conference space but that development hasn't come to fruition just yet. Maybe a new look Bilston Town F.C would bring in a brighter future? I think that the work that's being carried out with the young people sounds like a great development in a different sense. I know that 'The Steelmen' will keep playing on for Bilo! 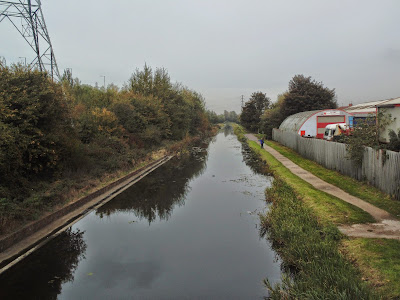 Bilston was transformed from simple farmland to a progressive town by the opening of the 'Birmingham Canal' back in 1770. Bilston's fire was first ignited ten years later with the first blast furnace opening in 1780. Bilston has changed so much throughout the years of my great-grandparents and grandparents lifetime, but it's easy to see that Bilston's boom time must of been when the fumes were billowing from the furnaces? I might be playing with fire as lots of local Bilston people have wrote about the Steelworks in Bilston but this milestone in history has a personal link to my family. My Great-Granddad Tom worked in the Steelworks at Spring Vale after he served his time during WWII, this tough profession played an integral part for my family as I have had great-uncles and also a Great-Great-Granddad who worked in the furnaces. Granddad Tom did say that kids learnt how to swim in the cut! Really, B!

The Bilston steelworks of 'Stewarts and Lloyds' employed countless men who worked very hard in the works for their families, bringing food to the table each week. 'Elisabeth' a blast furnace was fired up for the region to see in 1954. The Steelworks gave Bilston and countless other communities across the country an honest livelihood for a considerable amount of time, like 'Stewart and Lloyds' which lasted from 1770 to 1979 for a staggering 199 years! I remember my Nan said to me that where the Morrison's supermarket is in Bilston used to be a booming steel manufactures part of the Joseph Sankey plant. Bilston was apparently one of the Black Country's booming towns for its steel production? Of course B worked hard! Bilston is not the most exciting place to be young professional nowadays but I know that with the fiery past this hometown of mine has had I'm proud to say I'm from Bilston! I don't need to judge this book by the cover, I know that Bilston's still stronger than steel! Get it, Bilo! 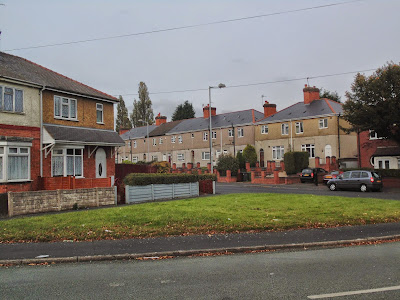 Throughout the 'Industrial Age' housing in Bilston was transformed at an alarming rate. During the 1920's Bilston benefited from the building of new council housing with front and back gardens, electricity and running water. We take having a separate bathroom and an additional toilet inside our houses like its a normal thing, but having these amenities would pose as a luxury to families lived during Bilston's past. My family home happens to be a council house just off Bilston's 'Lunt Road'. My ancestors who worked at 'Stewarts and Lloyds' all lived in council houses. The countless amount of workers who made their living, the cornfields and farmlands of yesterday are now lively neighbourhoods that all have a story to tell. I can only guess how living in a new council houses before World War Two would have been for the former folk of Bilo. A concrete jungle this part of Bilston maybe with the harsh tones, but Bilo is home!

Bilston will always be a formidable town in my eyes, more than three generations of my mums family originate from this great West Midlands town, I make up the fifth generation with my brother and three cousins. I know that I knock Bilston sometimes but deep down its not being bad to me and living in council house leaves me without a shred of embarrassment! How will this town change in the future? To be completely honest its all thanks to the 'Industrial Revolution' giving Bilston the links and opportunity to prosper! Bilston Town Football Club will carry on playing as 'The Steelmen' keeping that 1894 beginning alive. The fumes of Bilston's previous industrial past will always be a part of the towns history, maybe even making a slight comeback in the future? Also knowing that council houses were once deemed as luxury abodes I have no problem saying that I live in one now! I won't stop spreading my wings, even though I fly away from Bilston I always return! Ta'ra Bilo! See you soon!