Huddersfield, England... Thanks For Everything!

I had to go and see my friend and fellow intern Paolo, it had been a while since we had last seen each other during our placements in Newark, New Jersey. Keeping my promise I packed up for a short trip to Paolo's university city, Huddersfield would be my destination when I took the long coach from Birmingham! Huddersfield wasn't ready for our reunion! H, thanks for everything! 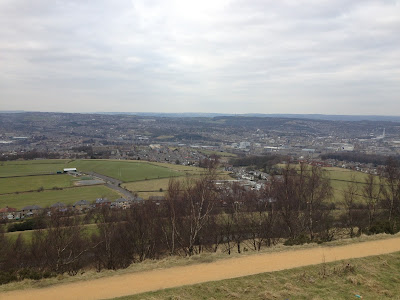 March 2013 brought the time that I ventured up north to Huddersfield to see Paolo, our time in Newark and New York City had been a blast and it was time to reunite for three days. I'm not one for coaches but due to the trains fares being sky high in price I had to resort to taking the coach from Birmingham to Huddersfield via Sheffield. Enough about the journey because that shall be mentioned at another time. Huddersfield! Here I am! Not loosing any time we got our provisions for the night ahead, you need we need those pre-drinks! Huddersfield proved to be an interesting place. As captured to the right we made it to 'Castle Hill.' You can see that I was in the heart of South Yorkshire, I get about a lot! The cold spring air was more than cold to be honest, my first day had been eventful and quite tiring so it was time for a curry and a film. Officially in Yorkshire, everybody spoke with a strange accent! Oh, I was up north!

Choosing Huddersfield did not take a lot of thought because that's where Paolo is currently at University, studying Airport Transport Management. In Paolo's words he will always believe that his degree subject is a proper degree compared to my fake choice of Hospitality and Tourism Management, I would have to disagree but that has nothing to do with my trip up to Huddersfield. Being back from placement has been an adjustment so it was nice to share the same feelings and notions with Paolo, no one quite knows what its like unless your an intern! I had a breakdown of some sorts when Paolo and Thomas had departed from Newark for they had shown me so much about the life of an Intern in Newark, I was ordered to book a mode of transport and get to Huddersfield quick snap! So enough of the chat, lets take a moment to see how crazy, mental and disgusting my Yorkshire weekend pans out, for I truly didn't know how bad I would be feeling the coach back to Birmingham! 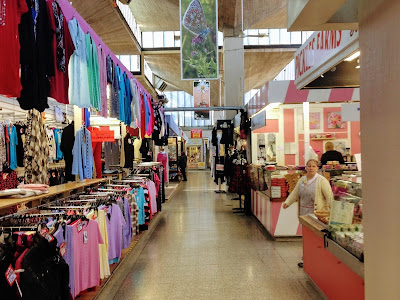 Huddersfield is a town that's sure got character, but in what respects I'm currently finding it quite challenging to put into words. Kelly's Cafe had provided us with a champion full English breakfast, a great way to start my second day in Huddersfield. I cast my mind back to the times me and Paolo would have crazy adventures to New York City or even to the local Brazilian Restaurant in Newark, for those thoughts I felt blessed to be in Huddersfield for that notion. Paolo had to take care of University matters, so I decided to discover the many delights that this post-industrial town had to offer. Getting my hair cut at one of the barber shops was an absolute bargain as it only costed £4.00! Yes, I enjoyed checking Huddersfield out! It sort of gave me life! What would the day have for us? I wasn't too bothered as long as I saw some Huddersfield's town centre. Being in the city can get a little noisy, I loved the fresh air of that Yorkshire location! It hadn't been that long since I had returned to the UK, I was off on another adventure! Huddersfield had me occupied first!

Making the most of my time in Huddersfield town centre I stumbled across 'Queensgate Indoor Market'. Similar to Bilston's Indoor Market this market would have fitted better back in a previous decade, I like retro but in that situation it definitely was not appreciated! This market and other sites in Huddersfield made the contrast between the postmodern points of interest to the original stone buildings that made this town look like a question mark, something that's unanswered as I have no words to describe this part of this town. I took 'Queensgate Indoor Market' for what it was and gave it a lifeline! With Paolo's duties taken care of we took things easy for the rest of the day, we both knew that things would be getting crazy later on. Mixing things up, I took things further up north, missing one of my lectures wasn't going to hurt, no! Let's just say my short pursuit of Huddersfield was insightful and opened my eyes to a place I hadn't thought about visiting. It was new! 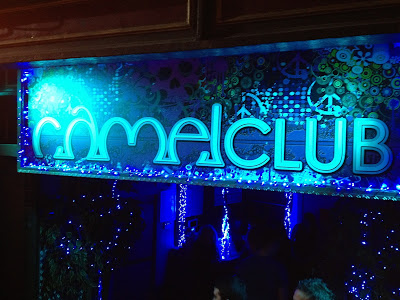 'Funday Monday' had arrived, we got sorted and got our drinks poured for the night ahead would be suitably shameless! With me and Paolo ready to go my intoxicated self phoned Tom Johnson, our fellow intern and friend. By this time I had consumed a bottle of Sainsbury's budget Gin and some Tonic so I was sozzled, my actions couldn't be accounted for that conversation. Tom couldn't make this trip due to work but my drunken self never took that into consideration, Britney had too much Gin! Nevertheless, it was great to talk to Tom and will hopefully mean a visit to Northampton will be in order soon. I shall be booking that Northampton bound coach or train very soon Mr. Thomas Johnson! I needed another drink and a taxi to the Camel Club where the next part of our night could get messy! Yes, It was 'Funday Monday' and that can only mean one thing! Yes, I needed to get to the Camel Club already B!

Paolo being Paolo had his connections so a cheap night was had for us both. Camel Club! I have honestly never been to a place quite like it for a night out! At one point I thought I was hallucinating because I could hear 90's Eurovision gold 'Just a little bit' by Gina G! Was this true?! I was 100% correct as this song was played at full volume! I loved the Camel Club! The small hours of the morning had arrived so it was time to call it a night. What a night it had been! With a Big mac meal in hand Paolo got us a taxi home, we were in one god-awful state!! So, this is where my Huddersfield weekender comes to an end! Somehow I don't think I'll be forgetting Camel Club for a long time! Packing up my stuff it was time to get back on that National Express coach back to Birmingham, accompanied with my hangover I just wanted to be back in the West Midlands! Huddersfield showed me great trip and it was amazing to spend some time with Paolo! The next stop will be Northampton! See you, Tom!

Until Next Time Huddersfield...