Friendships From A Far... My International Loves: Part 1!

Future World North EPCOT within the Walt Disney World Resort, Orlando holds many happy memories from my College Program. Even now over one year on I'm still feeling the Disney Love and know in my heart that the friendships that I made will stay with me forever! My current stay in the USA has allowed me to reconnect with some of my dear Walt Disney friends! Love you! 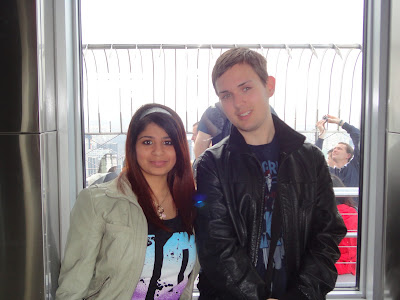 Being a New York City Boy I made it my first challenge to see my darling friend Ritika Kumar. Being that Ritika lives in Upstate New York and I currently reside in Newark, New Jersey we met in the middle Yes, NYC Baby! There's truly no other place like it for a Disney Love reunion. Our first encounter saw us take on the 'Empire State Building', I will not lie I was quite worried about the height but things were fine! We got slightly lost around Manhattan but eventually found our way, things got hectic towards the middle of our afternoon so we made it our mission to find an Applebee's to have some food. We decided to call Zach Airstarr because our Disney catch-up made us miss our Future World North favourites just that bit more! The drinks started to flow and before we knew it, we started downing some tequila shots! Things got pretty crazy but had a great first meeting but NYC was ready for us! Tequila was consumed! Oh! 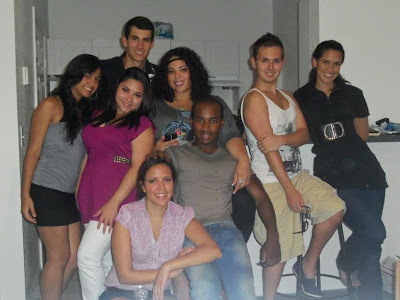 Our second meeting took us to Central Park, where if I may add that the weather was sublime. This time around Ritika's older sister came along for the ride, we had a great time at Central Park for we just lazed in the sun and continued talking about our post Disney lives. Also during our second meeting we saw it necessary to visit the Disney Store in Times Square to be reminiscent of our time spent in Orlando, I bought a New York City Minnie Mouse plush and the cashier thought we were a couple, how odd?! Both of our meetings concluded with a visit to Applebee's, too many tequila shots and good times we have had at that epic American eatery. We're meeting for our third and final time this trip but I will making my way to Ritika's home in Upstate New York where we will no doubt find a Applebee's to terrorise! Ritika, I was genuinely blessed to have had this opportunity to see you again, until next time Ritika! If you made the cut, we're friends! No, life is not made of magic! No!

Life in Orlando as a Walt Disney World Cast Member was pretty damn fantastic, I worked in the happiest place in the world with a great bunch of people that opened my eyes to a whole new world. Lots of my colleagues were from Central, Latin and South America so the mix of Spanish spoken back stage, on the shop-floor and outside of work was amazing to hear. I met people from England to but it was amazing to forge new friendships with people from the USA, I had been to America many times as a tourist but I had never had that kind opportunity before, I was loving every moment! Alexis, Yanet, Sofia, Vincent, Alfa and Claudia all worked in the same Future World North EPCOT location. We all shared shifts either on the strollers, at Gateway Gifts or at Camera Center. The range of nationalities gave me life and opened my eyes to the world, I had the best time of my life during that Walt Disney summer!

September 2012 saw me take to the skies to the 'Enchanted Island' Puerto Rico, home to two of my fellow Cast Members who I worked with at EPCOT's Future World North. I had an amazing five days seeing the sights and enjoying the culture of that Spanish infused American commonwealth nation but unfortunately I didn't get the chance to meet Valeria or Janice. I got on with my Puerto Rican holiday, spending most of my time within the timeless Old San Juan protected centre. Puerto Rico called my name because away from FWN EPCOT I made some extra special Rican friends who made my experience unforgettable! Let's just say I fell for the charms of Puerto Rico before I had even arrived on the island! Maybe one day we'll meet again, but we undeniably had fun in Orlando! Life gets in the way, the fact I heard such stories about the island during those shifts, they inspired me to visit when I got the chance to visit! Future World North EPCOT opened my eyes to the world! 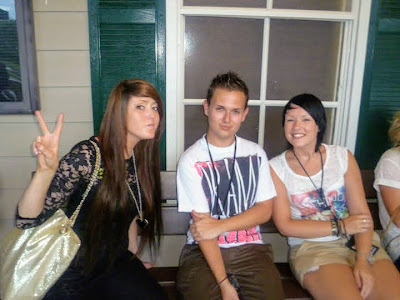 Let's get a lot closer to home, I loved my international friends but when it came to getting a slice of home I knew where to go! Teamed with a few friends from Mother England, it was always great to get the banter and nature from England. Keeping in touch with fellow UCB'ers had to be done, we would see each other the next September but we were going to enjoy our summer with the Mouse, yes Mickey! Myself and Kat had flown all the way from Manchester, we kept in touch throughout the program even after we returned to England at our respected times. Liverpool would be our UK reunion! Vikki Measures and Gabriella Buxton become good friends, we became a great three during our Orlando summer at Walt Disney World! I sensed that Vikki would inspire me with her blogging ways, I know that she did! I'm blogging this very moment, so thanks Vikki! Having that slice of England stateside was welcomed! UK, let's get into it!

I didn't like those fake wannabes, I saw through those individuals! I had had my night out with Alexis and Zach to Pulse Orlando, it was time for a Brit night-out to the then 'Mister Sister'. Myself, Lucy and Natalee to name a few made our way into Downtown Orlando to find our way to 'Mister Sister'. Let's just say we did it right and I got my drinks in whatever which way! I won't reveal my tricking ways but during those three months, it was very much needed! Emma Lund and Lucy Wood brought Blackpool and Natalee served Northeast England realness! Most of all I'll never forget the Delta Air Lines flight over from Manchester Airport with Kat from Liverpool, we got ourselves to Orlando via Atlanta with the Disney baby along for the ride! Disney wasn't all about my FWN American friends, I knocked about with some UK friends, some from Birmingham who reminded me of home! I knew that when I returned to the U.S I wouldn't be bothered about the sauce, I'll be grown, over 21! 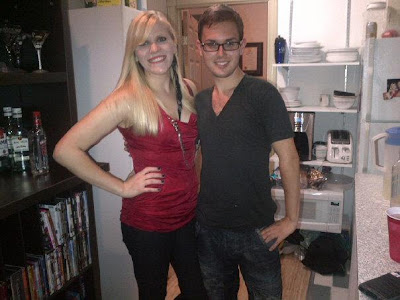 Breaking from the borders of the United States I made the journey to Toronto, Canada. I totally loved Toronto because Alexandra my Canadian lovely lives in this city! Getting to Toronto turned out to be a very stressful journey, missing my flight to then miss my coach connection that day to see Niagara Falls. I must admit that because of my unfortunate situation I was able to see Alexandra on my first day! After reaching Toronto I took up the challenge of exploring the city of Toronto. Later on that day I was reunited with Alexandra, we went out for a lovely dinner and got our drink on! Crossing the Canadian border was so easy, the immigration officers even wished me a nice stay, they predicted right because my weekend in Toronto was amazing! It's very crazy to think that my Toronto weekend inspired the title of this blog by Alexandra's caption for our photo together! I have a few secrets to tell! C, it was a lot of fun!

As my current Industrial Placement in Newark, New Jersey is nearing its completion date I will soon be jetting off to see my Disney Diva, of course that has to be Zach Altstatt! He introduced himself as Zach Airstarr on the first night that I arrived at my Chatham Square accommodation, I was like 'has this fabulous guy named himself after a trainer?' I was very wrong but this lover of all things Lady GaGa became an amazing friend of mine, we even went out some shady nightclubs in some sketchy Orlando neighbourhoods with Alexis from Chicago but we slayed on the dance-floor nonetheless! I'm going to see Zach and his boyfriend, Dawin during the first week of January 2013 before I fly back to England. I honestly cannot wait to put the world to rights with Zach because we are quite the pair when we're in each others company! I know that I have thrown back my Walt Disney memories more than once but I wanted to give this post to celebrate my Disney friends who are from afar! Yes, WDW!